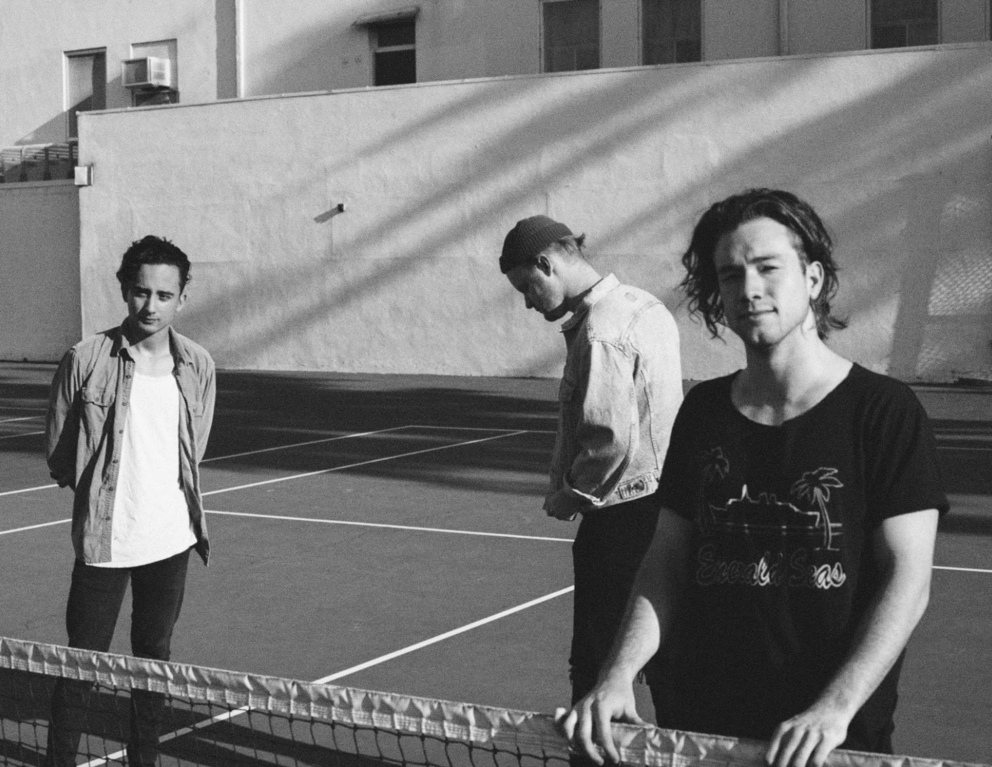 Get a firsthand look into the band Rósa with our exclusive interview. Find out who inspires them, their biggest thrill during a show, and where they hope to see themselves in a year.

Tell us about your background, and how did the band originate: The band originated in an organic way. We became friends, found out we liked the same music, and started to experiment together. I remember at first they both intimidated me. Mike and Tay have been friends for a long time. We soon realized we each complimented each other’s abilities. It was fun. None of it seemed contrived, we all shared a vision and trusted each other.

How would you describe your sound: I would try to get away with not describing our sound. Our world is obsessed with definitions. It is how we make quick decisions about value. But with anything meaningful you have to sit with it. I don’t think our music is challenging, but if you enter into the emotion I think it is. All that being said, we sound something like your favorite band.

Who inspires you musically: Tons of people inspire us musically. I know Tay listened to Elvis growing up. I listened to The Beatles and Led Zeppelin. I think the first artist that I really connected to was Elton John. I loved the theatre in his music. I also remember hearing Ziggy Stardust for the first time and experiencing the feeling of being transported. The Moody Blues were another band that expanded what I thought music could do to someone. All of us were fans of the emo music in the 2000s, so much so that I can’t imagine writing a song that’s not at least a little sad.

Favorite album to date, and why: That’s an impossible question for me to answer. Tay loves Wolfgang by Phoenix and everything by Kings of Leon. Mike is connecting to the new Nights Beds album. For me, Bon Iver’s For Emma and The Tallest Man On Earth’s There’s No Leaving Now are up there. Slowdive’s Souvlaki and Drake’s Nothing Was the Same are up there. But again, that’s an impossible question for us.

Greatest thrill during a show: The greatest thrill for me is giving something to those watching. I think our live show is very engaging. When I go to shows I just stand there and watch. I don’t dance and I don’t wave my hands in the air, I just stare. So I want to perform for myself and give the audience my intentionality. That’s my favorite thing about shows, that someone out in the audience is seeing me and understanding me, and in that connection I am understanding them.

Where do you hope to see yourselves in a year: A year from now, I hope we feel as free to make exactly what we want to make as we do right now, or even more so. I hope we get along as well and make each other laugh as much. I hope more people are interested in what we are doing, not because of fame or wealth but because we believe we have something for them and they for us.

THE STORY OF VIPP

No images found!
Try some other hashtag or username

Artist and designer Thomas Bucich on his distinctive contemporary artwork and the recent opening of his antique store.